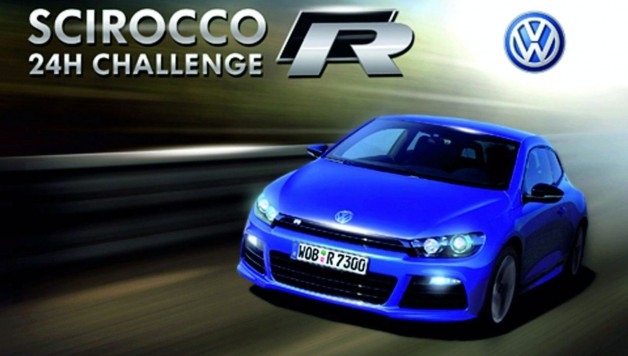 Take a spin in the Scirocco R through the virtual “Green Hell”; The new racing game for the iPhone is available to download for free now. At the same time as the unveiling of the Scirocco R at the Frankfurt Motor Show (IAA) Volkswagen is revving it up with a new interactive racing game.

You drive in the “Scirocco R 24 hour Challenge” through series of difficult corners and expansive landscape similar to the Nürburgring. The game is available to download for free for the iPhone and the iPod touch now from the Apple App store.

A perfectly animated race circuit that comes so close to the legendary Nordschleife makes the “Scirocco R 24 hour Challenge” pure racing game fun. Three different play modes – qualifying mode, 24 hour mode and multiplayer mode (via Bluetooth) – liven up the game. Extras like the genuine engine sound of the Scirocco R, different sound effects and the chance to customise your own Scirocco R with the right exterior finish provide long lasting gaming fun. The player can choose to control it by touch screen or by tilt sensor to provide the best possible intuitive driving fun. 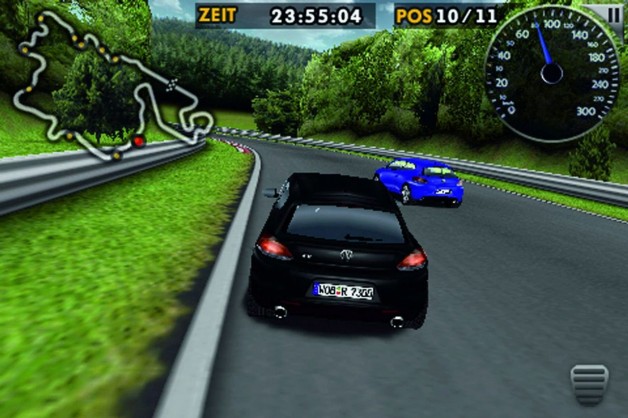 The star of the racing game, the Scirocco R, is the most powerful production Scirocco ever built. It’s convincing with a performance of 195KW / 265 PS and 350 Nm torque. Many parts of the Scirocco R appear in the Scirocco motor sport design: large air inlets in the front bumper provide optimal cooling of the engine and the brakes. The rear section is dominated by the distinctly enlarged roof spoiler, a striking polished black diffuser as well as the chrome tail pipes.

The Scirocco R racing game marks the second time that Volkswagen has used this innovative form of marketing. In March at the premiere of the new Polo, the racing game “Volkswagen Polo challenge” was presented; with more than 1.4 million downloads in four weeks, it conquered the Apple App stores worldwide.