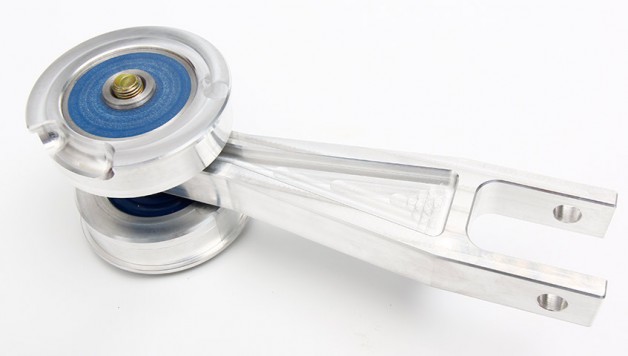 VWR announced another Golf 7 and MQB-platform VWR upgrade. The latest product from their motorsport development on the Golf 7 is the VWR UPRATED LOWER ENGINE MOUNT.

The VWR Uprated Lower Engine Mount stiffens the whole location of the drivetrain greatly to give a much tighter, sharper feeling to the car. No more jerky behaviour on and off the throttle or during gearchange, and ‘wheel hop’ off the line is all-but eliminated. Of course, a bit more noise from the drivetrain comes into the cabin, but most keen drivers love the sense that they are more ‘connected’ to their car, and the gentle ‘growl’ that the mounts convey.

The added stiffness of the VWR Torque Link has allowed us to reduce the durometer (stiffness) rating of the polymer used, meaning less compromise on NVH.

The VWR Uprated Lower Engine Mount may not seem the most exciting modification for your Golf 7 or MQB-platform car, but really is one of the most impressive improvements that you can make. By tightening up the location of the engine and gearbox, you will instantly feel the difference the first time you pull away.

VWR development programme has undergone numerous updates and revisions to the design and durometer (hardness) rating of the polymer, using Golf GTI, GTI PP and R models in manual and DSG configuration as test vehicles. We believe that we have perfected the balance between comfort and control with the final product.

WHAT’S WRONG WITH FACTORY ENGINE MOUNTS?
The simple answer is ‘nothing’ – for a standard car, driven in regular fashion, on the road, that is. However, ask more from your car through power increases or hard driving, and the factory mounts quickly fall short.

The whole engine and gearbox (the drivetrain) is located in just three places. The two upper mounts – one at the end of the engine, another at the end of the gearbox – both support the entire weight of the engine/gearbox, plus a third Lower Subframe Mount underneath the engine to prevent too much fore-aft movement (often called the pendulum or subframe mount).

The standard car uses very compliant rubber in these mounts to give a soft take-up of power and isolate the cabin from drivetrain noise. For a daily-driven standard car, these bushings do a great job of keeping cabin vibration to a minimum, and cushion the effect of bad gear changes or clumsy throttle applications from ‘normal’ drivers. But when you ask more of these mounts, whether through higher power or harder driving, the movement in the mounts becomes very noticeable.

This gives a slightly loose feeling to the drivetrain when coming on and off-throttle, and an increased chance of wheel-hop under hard acceleration as the whole engine and ‘box assembly judders – sometimes violently, particularly with wheelspin. If your car produces high power, or has covered quite a few miles, or is driven hard, then the softness of the standard rubber lower mount allows more and more fore/aft movement as you come on and off the power.

WHAT DIFFERENCE DOES IT MAKE?
The VWR Uprated Lower Engine Mount stiffens the whole location of the drivetrain greatly to give a much tighter, sharper feeling to your car. Of course, a bit more noise from the drivetrain comes into the cabin, but most keen drivers love the sense that they are more ‘connected’ to their car, and the gentle ‘growl’ that the mount conveys.

Some people make the mistake of labelling extremely harsh and noisy engine mounts as being suitable for road use, but in doing so they significantly sacrifice the driving experience without increasing performance. Equally, some aftermarket ‘push in’ bushes crudely fill the voids in the original factory mounts which are really only suitable for standard cars and regular road use. By contrast, the VWR unit is a completely redesigned replacement mount assembly and torque link, engineered from scratch to deliver the strength and control that you require.

The VWR Uprated Lower Engine Mount incorporates a cutout to provide clearance on 4Motion cars around the anti-roll bar. This cutout also allows fitment of an uprated anti-roll bar (standard or aftermarket) with proper clearance. With the Torque Link and an uprated replacement bolt included, the kit is complete and ready for fitment. 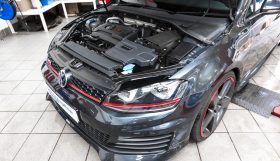 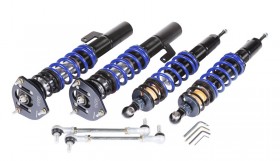 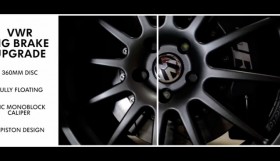 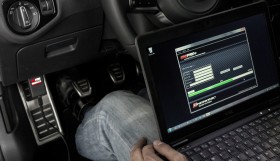